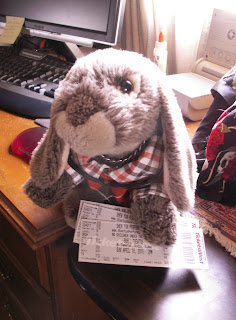 My friend, Wendy, is all into Chinese stuff, so for her birthday, I scored tickets to the Shen Yun Performing Arts show a the Buell Theater on Sunday the 18th.

It's a day early for her birthday, but I figured it was close enough. 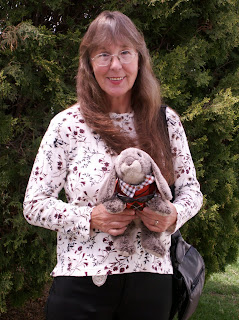 Wendy invited ShadowOwl, and I brought Wendy's mom, Karen, too. I thought she might like to get out and catch a show downtown (and I didn't want her to think that I'd only ever take her out to amusement parks). 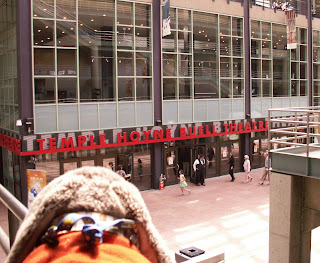 I'd never been the to the Buell before. It's nice. 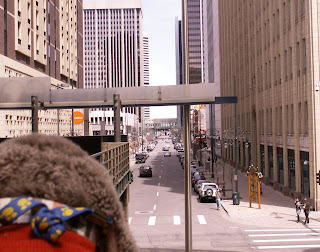 I haven't been downtown in AGES. But it was pretty much as I remembered it. 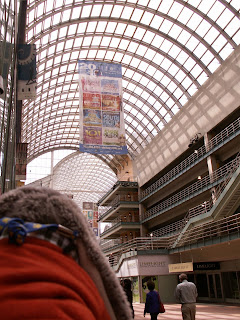 The whole DCPA complex is really pretty. I forget how much I dig interesting architecture. 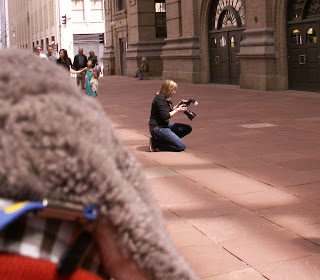 With such beautiful old buildings around the Buell, it wasn't a surprise that Wendy wasn't the only photographer there. 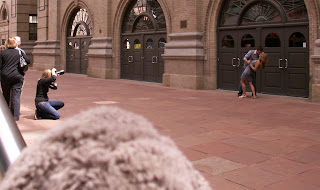 Though the other photographer wasn't taking pictures of stuffed bunnies. 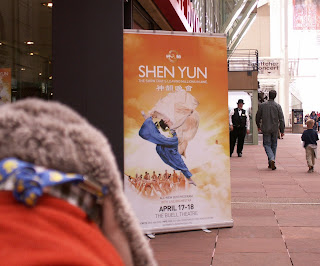 Obviously, photos weren't allowed inside during the show, but I can tell you it was incredible. All of us were completely in awe of the amazing grace and beauty of the dancers, and the orchestra was amazing (though invisible, tucked under the stage and all). 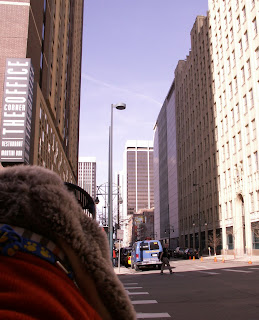 Afterwards, we wandered through downtown Denver, headed towards the perfect restaurant to follow up a Shen Yun performance. 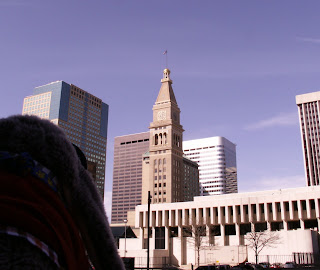 It had really been a while since I'd been downtown, but it was just as nifty as I remembered it. 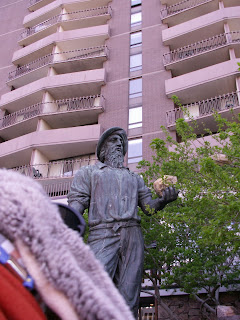 Nothing says "High Rise Apartments" like an Old Prospector. ShadowOwl and I have both been meaning to take our own "walking tour" of downtown and photograph some of the statues strewn about the city. You never know. We might just do it. Someday. Maybe. 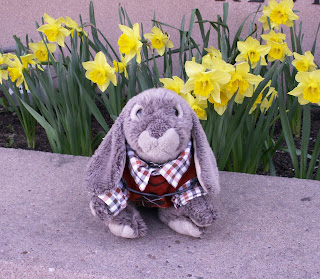 Karen wanted a picture of me with the flowers. And who am I to refuse a photo request? 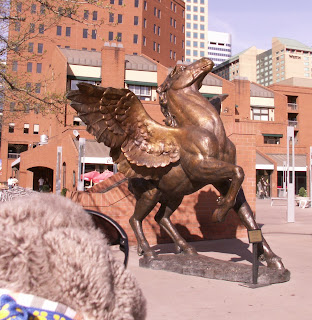 The Pegasus is new. I hadn't seen this before, and ShadowOwl said they'd just put it in in the past few months. 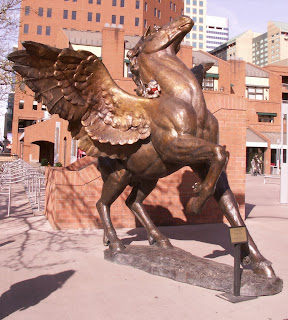 Really great view from up here, but I'm glad he didn't take off or anything. 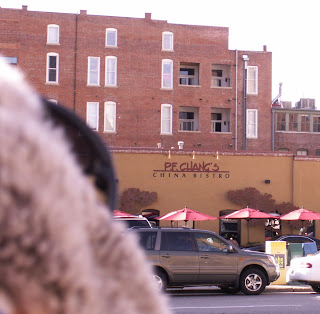 And then, there we were. Yummy P.F. Chang's! 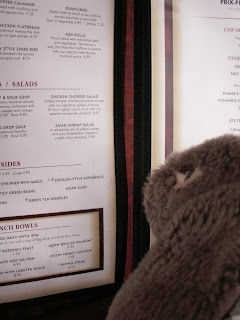 Everything at P.F. Chang's is delicious. It was hard to decide what to get. 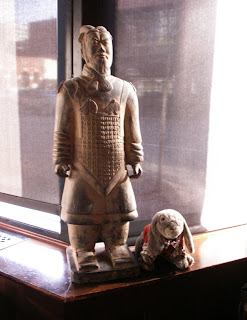 Well yeah, I had to get a picture with Mr. Chang. 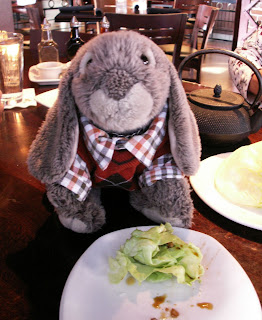 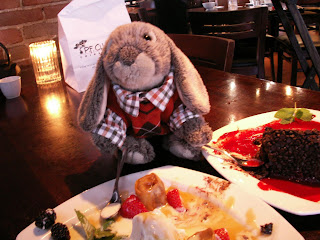 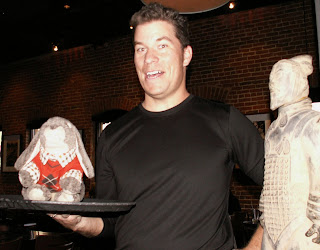 We had the most awesome, most fun, most rabbit friendly waiter that I think we have EVER met. His name is Alon and he rocked. If you're ever at the P.F. Changs downtown and you're lucky enough to get Alon tell him that Gage the Bunny says "howdy" and tip him a lot. He's awesome. 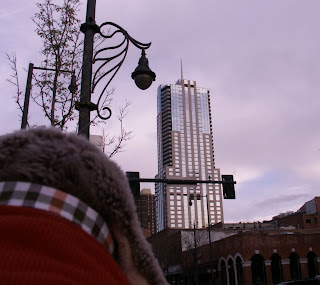 More buildings on the walk back to the car. I forget how pretty downtown can be. 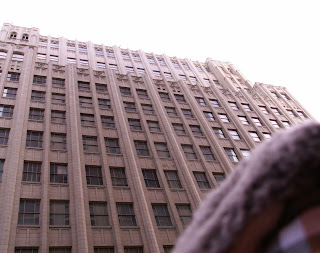 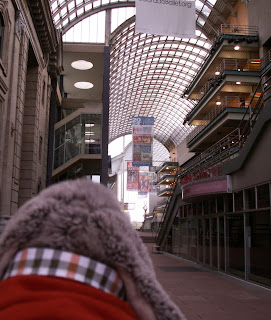 It was strange being back at the DCPA with no other people there. 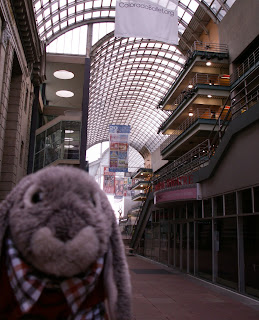 Kind of cool, though. Awesome way to end an awesome day. And tomorrow, we're ditching work and going to the zoo (in honor of my and Wendy's birthdays. Mine was the 13th.) Zoo pictures to follow (and I have seriously got to catch up on blog entries. I've done a bunch of stuff, I just didn't post any of it. So yeah, keep an eye out for that too.)

Thanks for visiting. Hope you had a great weekend too.
Posted by Gage the Bunny at 8:52 PM